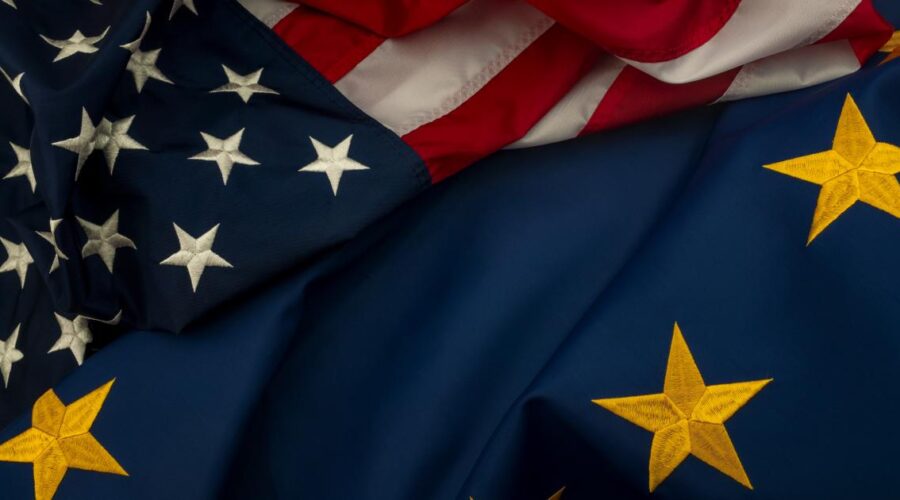 The hasty, unplanned, and catastrophic withdrawal of the United States from Afghanistan has rightly raised concerns among its allies who rely on the US military for security. In fact, in such a situation, countries such as South Korea, Japan or European governments cannot be sure of the correctness of the interim decisions of the United States and the consequences for their strategic and long-term policies. In other words, given the US approach to strengthening its strength in East Asia and the South China Sea, which is aimed at confronting Beijing, its allies, especially Europe, must take responsibility for their own security. Turn inward from the outer godfather. Otherwise, the recurrence of catastrophes such as the costly wars in Iraq and Afghanistan and the costly and meaningless participation of Europe in such wars will be inevitable again.

Since World War II, the United States has always viewed Europe as a weak and unstable region in an order based on American interests, and Europe has sadly embraced this view and internalized it to this day that lacks an effective structure for international influences. Europe, which has not yet developed the capacity to act independently, without the help of NATO and outside the framework of this alliance, has always considered the tumultuous presence in the North Atlantic Treaty Organization to be sufficient for its security and is the only possible and cost-effective way. Considering that it is economical to eliminate threats and create security, it must now realize that it is time for Europe to understand security priorities and, to some extent, political independence from economic opportunities, given the internal political divergence and gap in transatlantic relations.

In other words, Europe’s excessive attention to economic preference over political and security interests in defense affairs has become a pest that will threaten not only security but also the economy in the long run. European leaders should realize that a free economy without independent security cannot have the opportunity to emerge henceforth, as well as economic development and growth as before, given the process of implementing the theory of aggressive U.S. realism against China and the increase in Washington sanctions against Moscow.

Europeans thought that with the end of the controversial Trump administration and Biden entering the White House, slogans such as “America First” had disappeared, but the bitter reality of American foreign policy shows something else. Not only does the United States not abandon this slogan and vision, but it pursues it more seriously but away from media controversy. In other words, the irresponsibility and insignificance of US international commitments that we witnessed in the withdrawal from Afghanistan, and finally the AUKUS agreement, all confirm this. It is true that the United States has seriously separated Europe from itself and turned its attention to the East.

These unexpected and believable developments once again highlight the need for political independence and the creation of an independent European defense force, and reiterate the need for Europe to rely on itself. In fact, in the event of further negligence by Europe in this regard, US actions to shift the strategic focus to China will create divisions among European countries and push them even further apart within the European Union, so that even in the process of change. The future of the existence of a united Europe is seriously endangered.

France was deeply dissatisfied with Britain and the United States during the EU-UK Treaty. This is important because if there is a will to form a joint security force in Europe because Britain has so significant defense and intelligence capabilities that are vital to building such a force, it is likely to be a key member and it will be indelible. But the will of the EU member states to form a joint force alone is not enough, and there are many obstacles in the way. One of the biggest obstacles is NATO, of which 21 of the 27 members of the European Union are members. In fact, other NATO members, as well as its Secretary-General, have repeatedly warned Europe against creating such a force and undermined Europe’s confidence in it.

But now, and especially after the recent events, countries like Italy are joining the ranks of supporters of the joint force. In this regard, another problem facing Article 5 of the NATO Charter on Collective Defense is that European countries naturally do not easily want to waive such a privilege. At the same time, if a joint force is formed and a similar mechanism is envisaged, it can alleviate this concern and pave the way for the membership of smaller countries.

Of course, another obstacle and one of the most important reasons why Europe has not yet seriously pursued a common military-security mechanism is the possibility of weakening NATO if the idea is realized. But now the question arises as to which is more important, European security or weakening NATO; Or is it possible that Europe’s independent defense could also strengthen NATO in sharing decision-makers with the United States?

But it is clear that without security, there will basically be a common Europe or an independent Europe that NATO wants to help maintain security, or that a non-existent Europe will help NATO. Thus, maintaining Europe’s internal unity in the future is possible when collective defense and non-outsourcing of security are among the continent’s top priorities.

Europe’s next dilemma is the differences between the views of Britain, France, and Germany. Britain chose to withdraw from Europe and take responsibility for the security of the continent. On the other hand, while France strongly supports the formation of a European military force, Germany considers it futile and unnecessary and believes that the US presence on the continent is vital and that Europe will never be able to secure itself without the United States.

The reasons for such disagreement can also be traced to the economic dimension of the issue. The fact is that the German government prefers to spend more on social and economic development than on the military, which has numerous limitations due to post-World War II surrender agreements. One example of such a scandalous situation was the joint military maneuver of NATO members in 2015, during which some German forces, due to lack of facilities, were forced to use broomsticks instead of rifles.

Another key point is that with Germany’s trade agreements with Russia, especially in the field of energy transfer, it no longer feels virtually any serious threat from the country and sees no need to increase military spending. In other words, the perception of the threat of different European countries is completely different from each other. While the Baltic States look at Russia with concern, some European countries do not feel so threatened by this great neighbor.

The need for what the French president calls strategic autonomy seems to be becoming apparent to everyone. Of course, this strategic action will not only be limited to the creation of a military force but will also cover various technological, cyber, and economic areas. In fact, another positive result of such an approach by Paris is the end of US intelligence dominance in Europe, rather than other scandals such as the violation of European sovereignty through the establishment of secret prisons on European soil and the abduction of its citizens and their transfer to the US and Guantanamo. Or do not listen to leaders. Or that Europe will move away from possible conflicts between Russia and the United States and find some kind of security immunity. Or in the event of a possible conflict with a cohesive and joint intelligence force preventing intelligence action The United States is free to listen to citizens and even European leaders.

Finally, Europe is acknowledging the fact that fears of a repeat of World War I and World War II in the event of a US military presence on the continent are unfounded. Europe has a history of conflict and violence, but the experience of the modern European Union confirms that Europeans have undergone profound changes and that the withdrawal of the United States from its commitment to Europe provides an opportunity for the continent to stand on its own two feet. Under the shadow of the United States, or in other words, the domination of the United States at least.