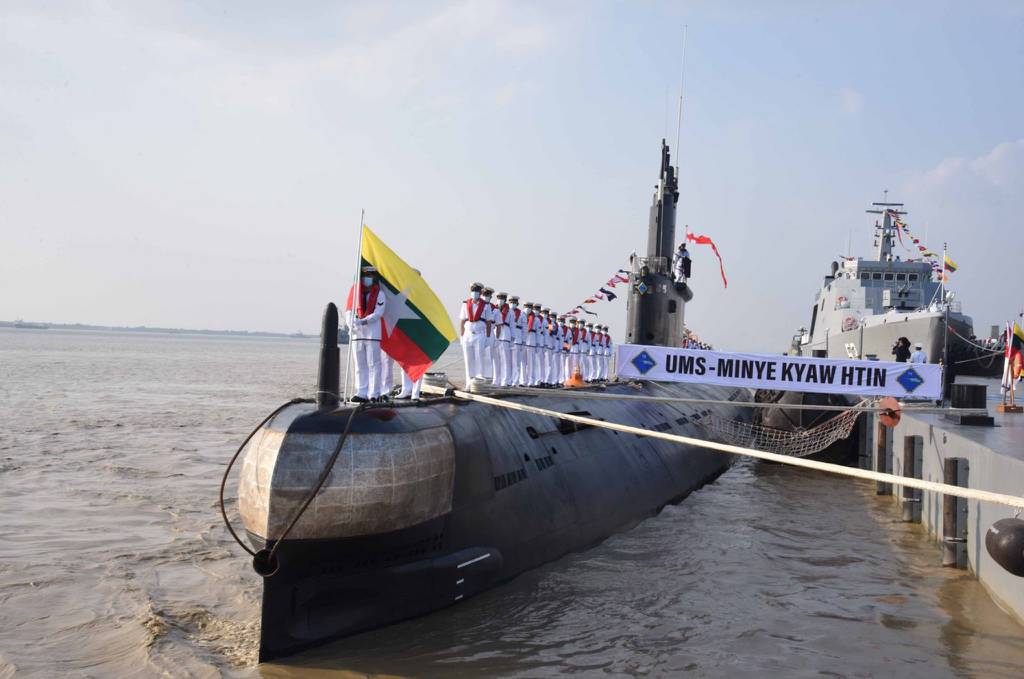 China has transferred a former People’s Liberation Army Navy diesel-electric attack submarine to Myanmar, marking the first transfer of such equipment between the two countries.

The commissioning of the Type 035 or Ming-class submarine, which has been named the UMS Minye Kyaw Htin, brings the Southeast Asian nation’s fleet to two boats. In March 2020, Myanmar took delivery of a Russian-built Project 877 Kilo-class boat from India.

According to an announcement from Myanmar’s military, Senior General Min Aung Hlaing, the commander-in-chief of Myanmar’s military and leader of the military government that took power in February following a coup, attended a Dec. 24 commissioning ceremony for the submarine.

The date coincided with the 74th anniversary of the navy and, in addition to the submarine, also saw the induction of the Inlay-class Offshore Patrol Vessel UMS Inwa, two 18-meter riverine fast attack craft and four 20m riverine patrol boats.

The independent English-language news portal the Irrawaddy, which covers news from Myanmar, reported the newly commissioned submarine will be used as a stopgap attack submarine and a training vessel.

A Type 035 submarine sailing under a Chinese flag and believed to be the same vessel transferred to Myanmar was sighted heading west in the Singapore Strait on Dec. 18. A video was later posted on social media showing the submarine sailing up what has been claimed to be the Yangon River escorted by a Myanmar Navy Type 5 fast attack craft.

Further details about the transfer of the submarine have not been made available. China previously sold two refurbished Type 035G submarines to Bangladesh and has also sold the newer S26T submarine to Thailand.

The transfer of the submarine is a sign China is continuing its support for Myanmar’s military government, which has cracked down on ongoing protests but is facing a growing armed insurgency fueled by opposition to the military government.