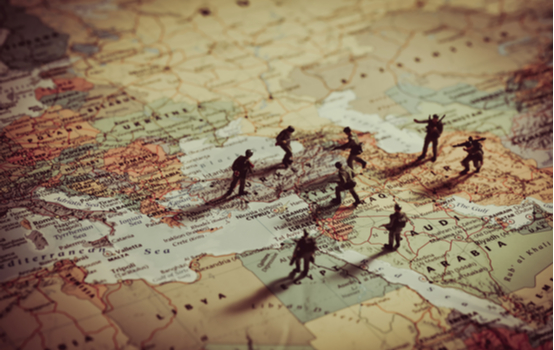 In the US presidential campaign, Biden showed an anti-Trump image in words and deeds, emphasizing the end of close ties with dictators at the expense of US security and national interests. He strongly opposed Trump’s ideas and the current Trumpism at the heart of American foreign policy, which was a kind of reversal of American values within the framework of the liberal international order. Thus, the American political structure was expected to learn from the Trump era and abandon the bias of dictators who rejected democratic values.

The question is how much Biden’s actions over the past few months have been able to reverse Trump’s tragic legacy in the Middle East and the world and re-establish the United States as a Wilsonian moral actor in the international community.

Biden’s signature white checks, issued one after another to dictatorial leaders in the region, including Abdel Fattah al-Sisi in Egypt, bin Salman in Saudi Arabia, and Erdogan in Turkey, indicate not only a move to reduce ties or arms support has not been done in these countries, but also it proves to the international community that the United States has not changed.

The world does not forget that many of the current wars in the Middle East took place not during Trump but Biden’s first term in office under the Obama administration. The Yemeni war, the Syrian civil war, the rise of US forces in Afghanistan, the invasion of Libya and the overthrow of Gaddafi, or even the silence over the al-Sisi coup against the Morsi government, the start of irresponsible withdrawal from Afghanistan that finally during Biden administration led to made Taliban the sole sovereign actor and returned everything to 20 years ago, and the neglect of nation-building in Iraq and Afghanistan. Beyond this, the most important point is that Biden was the vice president at the same time and had a positive opinion on all these issues.

It can be said that Biden is the same as Trump, but unlike Trump, who offered oral strategies, Biden comes in with practical solutions. Trump inherited the Middle East, whose insecurity stemmed from the policies of Obama and Biden. Crises that were not resolved under the Obama administration were passed on to the Trump administration. But now the Obama-era military and operational sequence have ached Biden.

Today, the United States must either be more dangerous to maintain a superpower than it was yesterday, or it must accept and acknowledge the decline of its superpower. Not only Biden’s America cannot dictate the universal values of the liberal order to others, but also it is capable of upholding them and is rejecting them. The loss of American social capital in the public opinion of the American people, which has spread to the countries of the Middle East and the world, can be a reason for the policy of US military unilateralism, support for regional dictators, support for regional wars and the weapon sale. The problem is that the ineffective and costly US policies in the Middle East have led to the loss of US credibility and the weakening and overthrow of some regional governments, as well as the security gap, which is now being filled by Chinese and Russian intervention.

In the current situation and the escalation of the Middle East crisis, which has led to dense and cross-cutting security crises, the possibility of events such as Pearl Harbor, the explosion of the US headquarters in Lebanon, or 9/11 due to the collapse of governments and the growth of new terrorist groups in the area is not far from expectation, same as the situation in Afghanistan that Taliban prepared ground for new terrorist activities and their experiments started by acts around Kabul airport. In this political and security turmoil, the Middle East will become a region that can, directly and indirectly, end the era of the current world order.

The security crisis in Afghanistan and the possibility of an alliance between ISIS and al-Qaeda beginning from Afghanistan under Taliban dominance and moving to other regions, on the one hand, the continuation of the Yemeni war and the humanitarian crisis on the other hand, as well as the state of complete chaos in Iraq, Lebanon and Syria, can because of a domino effect of the security crisis in other parts of the world. In this situation, what will deal a direct and serious blow to America’s grand strategic interests is the continued entanglement of the United States in the Middle East security quagmire, which is deepening and widening every year.

The deteriorating situation is a serious obstacle to the policy of moving east to the United States to address the Chinese threat and Beijing’s comprehensive containment strategy, making it possible for China to become more powerful and increase its influence in the Middle East. The region that China needs to ensure its energy security has been easily handed over to Beijing due to repeated mistakes by the United States and its allies.

Despite this dire security situation in the Middle East and East Asia, is it possible for the United States to ignore the region or pursue previous unilateral policies at the same time as moving east? Will the United States be able to rein in its allies in the region by relying on past policies, or will it be forced to maintain its interests by establishing a new security order in the form of a “strategic macro-policy redesign?”

Biden has no more options in his “strategic redesign” in the current context, given the ominous legacy of former Democratic and Republican presidents in the Middle East and North Africa.

Pressure on Saudi Arabia in the form of punishing Bin Salman as the mastermind of Khashoggi’s assassination to restore confidence in the United States, end the Yemeni war at the same time as the start of the Yemeni-Saudi dialogue in the form of the UN, return to the nuclear deal with Iran Joint regional security that is possible through the mediation of the settlement of the Tehran-Riyadh disputes. Finally, pressure on the Gulf states to start the process of internal talks with opposition groups, provided they participate in power; And perhaps the most important part can be considered for the effort to establish the doctrine of the barrier of influence in the region with the serious support of the Iranian alliance with the countries of the region to prevent the influence of China and Russia.

If the United States wants to contain China, it will only go through the oil-rich Middle East. Otherwise, a strategy of containment of China is not possible without the Middle East and the creation of common security in a region in which Iran also has an active presence. In Afghanistan, Iraq, Syria, and Yemen, Iran has shown the United States and its allies, who have suffered billions of dollars in damage, that even if it is not an actor, it can disrupt the game.

Strengthening the foundations of the American liberal order, calming the focus of regional crises, especially in the Middle East, will only be possible by focusing on the policy of curbing Chinese and Russian influence. In this situation, Biden needs to learn from the previous tense policies in the first step by forming a round of “collective regional security” talks with the participation of Saudi Arabia and Iran and give them serious incentives in addition to providing energy security and Countering terrorism and insecurity in the region with their help and providing the necessary and serious incentives to prevent a possible alliance between ISIL and al-Qaeda in the region and the advancement of China and Russia.

To contain China in the present situation, the United States needs to concentrate its power resources in its confrontational policy, and this concentration of power will not be possible except for the creation of a new regional balance in the region as it was under the Nixon era under the Nixon-Kissinger doctrine to aggregate its strategic and operational capabilities around its waters in East Asia.