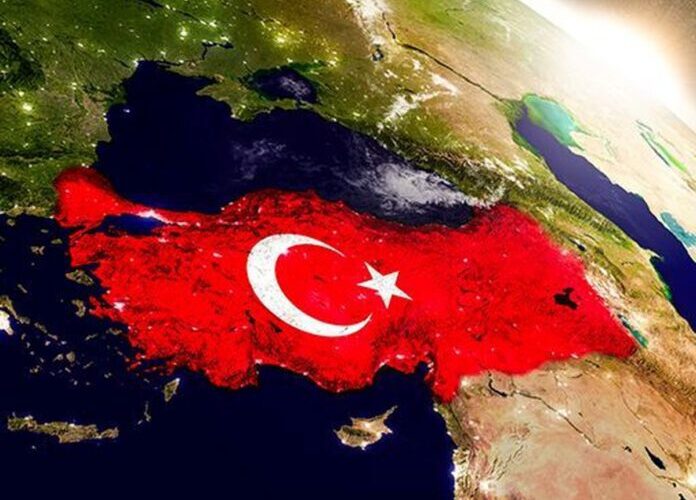 The domestic situation in Turkey these days are not good due to the policies that have led to the economic crisis and the sharp devaluation of the Turkish national currency, and has led to strong protests from public opinion and political currents.

Perhaps since the late 1970s, when Recep Tayyip Erdogan joined the National Salvation Party led by the late Najmuddin Erbakan, he has never experienced such a situation.

Erdogan, 76, who joined the Welfare Party after the dissolution of political parties following the 1980 coup, gradually distanced himself from his former allies because of his different political views and beliefs in politics and government, and with his longtime friend Abdullah Gul, founded the Justice and Development Party in August 2001.

The presence of the AKP in the first level of power of Turkey against secular parties, especially in the first decade of the 21st century, created a lot of sparks of hope among the people and at the same time respected Islamic beliefs and values. Draw yourself.

During this period, the ruling current in Turkey also established good relations with its neighbors and became a popular country in the Islamic world, so much so that in the case of the 2016 coup, most Islamic countries, especially Iran, played an important role in supporting the Turkish government, so Erdogan overcame the problems created.

After the beginning of the crisis caused by the development of Takfiri terrorism activities in the region and the proxy war of the West against the axis of resistance, the approaches of the ruling current in Turkey changed significantly and created fragile challenges in the country’s interaction with key players in the region.

The political current in Turkey was somewhat settled before the parliamentary system became presidential in 2018, and even Abdullah Gul, Ali Babacan and Ahmet Davutoglu distanced themselves from the party leadership and joined politicians such as Kemal Kılıçdaroğlu and Salahuddin Demirtaş became opponents of the ruling party.

Over the past three years, however, the ruling Turkish government has increased the volume of its activities and tense positions, especially in the field of foreign policy, which has not only led to the destruction of the AKP’s legacy for the Turkish people, but also to the contrary. With the continuous devaluation of the lira, it has also caused the country’s economy to shrink.

Interference in the developments in Syria, Libya, Afghanistan, Azerbaijan, the issue of the Turan corridor, the occupation of Iraq and Syria, and political and military ambitions that have nothing to do with the country’s strategic capabilities, plus dual positions on the Zionist regime as the greatest and most hated enemy in the Islamic world, there have been examples of these stressful behaviors.

This interventionist behavior continues by the Turkish government, as the Turkish parliament has extended the presence of its military bases in Syria and Iraq for two years, and even in recent days, Ankara has resumed its military attack on the northern Syrian city of Tal Rafat.

The ruling Turkish government, which many experts say is dreaming of reviving the Ottoman Empire, has effectively turned itself into an unreliable partner abroad, urging many of its friends and neighbors to doubt the continue bilateral relations with Ankara.

However; The main concern of public opinion inside Turkey, many of which have been key supporters of the ruling party at various times, is that these costly measures are taking place at a time when Turkey basically lacks the capacity to deal with this volume of tension on several fronts.

The Turkish economy, after years of growth, is now in crisis, with the lira depreciating against the dollar and the euro. This has caused people, especially young people, to gather in the main squares of cities such as Ankara and Istanbul over the past week, in addition to actively participating in social networks, shouting “Erdogan, leave Turkey .. Erdogan, let us live and …”

Protesters, who have been confronted by Turkish police riot police, say government policies not only do not paint a clear picture, but have severely affected their lives and endangered their future.

However; Although the opposition is optimistic about the outcome of the recent municipal elections in the 2023 presidential election, and almost all polls show that the AKP and its coalition partner no longer have a majority, the question remains in everyone’s minds as to whether the peaceful rotation of power in this country is happening?

This is a very serious concern, and the institutionalized democracy in Turkey is by no means willing to accept the damage to this legacy, as during the 2016 coup, all opponents of the government reacted with one voice against the coup and in support of the ruling regime and showed great solidarity on the beach of Marmara.

On this basis, it seems that, in order to continue their political life, Turkish leaders must accept the rules of the game in the regional and international arenas, especially in relation to their neighbors, and strengthen their position at home and abroad with a rational approach, which of course has positive effects on the country’s economy and return on social capital.